We've launched a brand new Lit Discord server, and here's why you should join it now!

We've just launched a brand new Lit Discord server, and we'd love for you to join it now! Everybody is welcome, whether you are brand new to Lit, or an experienced user.

We think the Lit Discord will be the best place to chat with the Lit community, talk to the Lit dev team, get help using Lit, and show off your Lit projects! We also plan to host special events there, using both chat and voice! 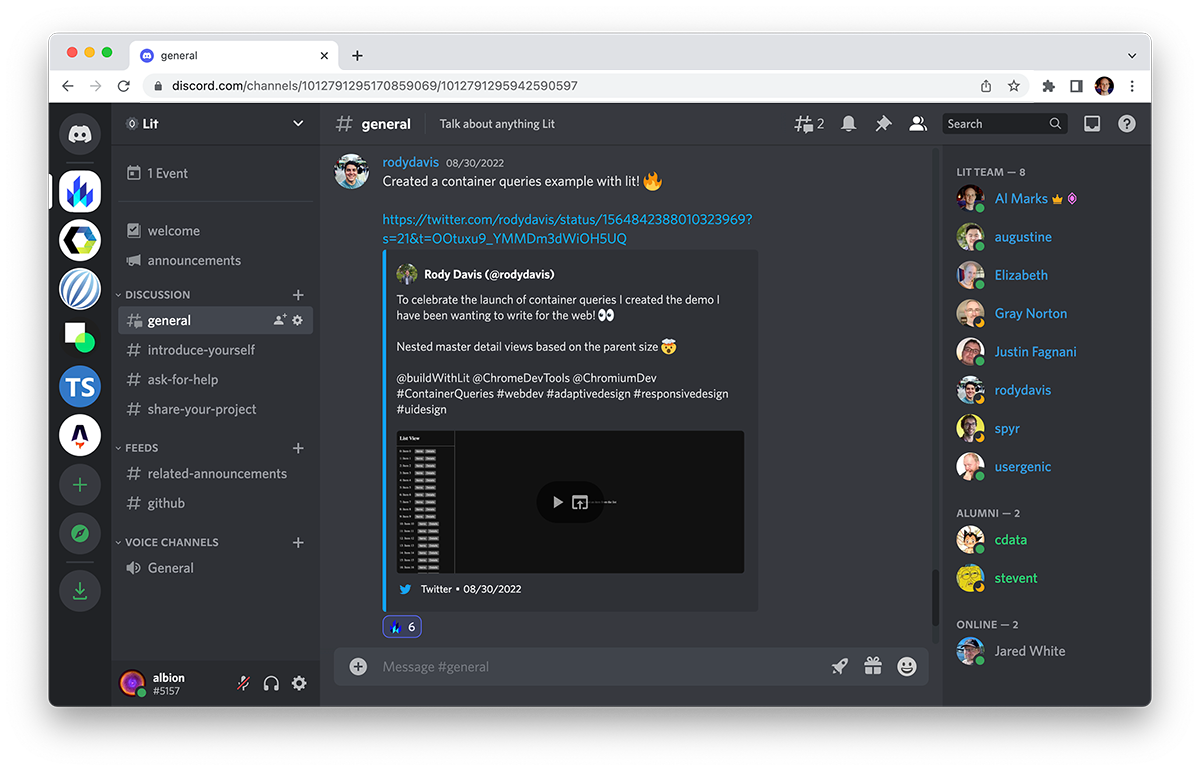 The Lit & Friends workspace on Slack will be going into read-only mode on Tuesday, September 13, 2022. After that, you'll be able to read existing messages, but won't be able to post new ones. We've already sent a message to every channel about these plans.

We decided to retire the Slack instead of maintaining both because we want to encourage more communication and less silos. Slack has served the Lit community well, but we think now is the right time to move to Discord!